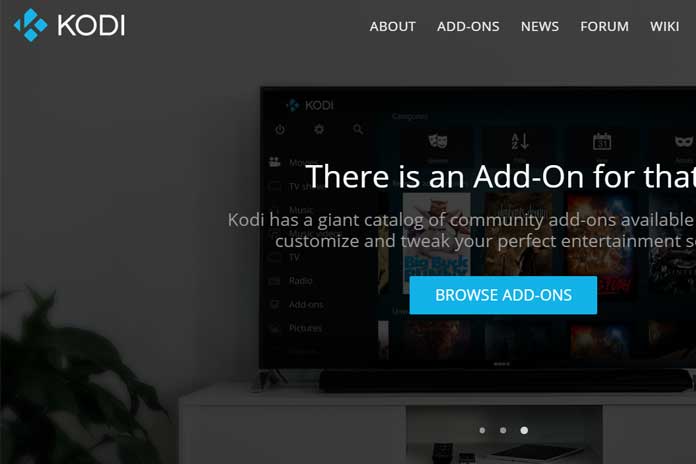 When it comes to media playback, Kodi is often cited as the perfect all-rounder. But what exactly does Kodi do? We clarify!

The Kodi media center continues to enjoy great popularity. There are many reasons for that! Kodi not only plays practically all known media formats, but it also offers excellent options for organizing and presenting collections of music, films, and songs.

For example, Kodi can tap into online film databases such as the IMDB to add metadata or film covers to its film collection. In addition, the program can also access countless online services via extensions, for example, the public service media libraries.

In contrast to “classic” players like the VLC Media Player, the user guidance of Kodi is optimized for TV sets. The menus can be controlled with the mouse and the keyboard or (if the TV supports HDMI-CEC) with the remote control. Kodi is, therefore, ideal for providing a living room TV with smart playback functions. It practically does not matter whether you use a media PC, a smartphone connected to the TV, or a Raspberry Pi.

Kodi will automatically build an extensive database upon request. This also allows films to be sorted by their respective studios, for example.

By the way, until a few years ago, Kodi was still known as XBMC. The abbreviation stood for “Xbox Media Center” and shows the roots of the program. Originally, Kodi or XBMC was developed by Microsoft for the first Xbox console. Over the years, the handicraft project has gradually developed into one of the most popular open-source programs worldwide.

One of the reasons for Kodi’s popularity is the program’s wide availability. The developers offer the media center for Windows, Linux and macOS, and Android, and various ARM-based systems. Among other things, there is a suitable Kodi version for the Raspberry Pi mini-computer. This does not come directly from the Kodi developers but works just as well in practice and turns the Raspi into a full-fledged media center for TV.

Alternatively, Kodi also runs on the TV via Android TV boxes. Anyone who operates an Amazon Fire TV Stick or one of its derivatives can also install Kodi. The nice thing: once Kodi is up and running, the system’s functions (for example, the addons or media libraries) are available everywhere.

In theory, at least, Kodi even runs on the iPhone and iPad. Because Apple, however, does not allow the software in its App Store, the installation works by Kodi for iOS only on Apple devices with jailbreak. Unlocking is practically impossible, especially on newer iPhones and iPads with the latest iOS versions. Nevertheless: If you have a jailbroken iPhone or iPad, you can equip it with Kodi.

Even in its basic installation, Kodi can play back countless video, music, and photo formats. However, the program only unfolds its full potential with the installation of extensions. The Kodi community is constantly working on tons of addons for the system. These expand the media center with countless functions.

The spectrum ranges from new streaming sources for videos or music to system extensions such as support for new network protocols to game emulators. Console classics can be played via Kodi.

The addons can be installed directly from the Kodi interface. Open the settings and navigate to the point “Add-ons – Download.” Here you will find all extensions officially supported by Kodi, which you can install with just a few clicks. In forums like Kodinerds, there are often other extensions to discover, such as using Amazon Prime Video in Kodi. Please note, however, that video streaming extensions for Kodi, in particular, often operate in a legal gray area or tap into illegal content – so use the functions with caution.

In addition to the technical expansion, the user interface of Kodi can also be adapted to your liking. The so-called Kodi skins not only change the color scheme but also adjust the menu navigation. Some Kodi skins are also designed to improve the usability of the program on touchscreen surfaces. If you use Kodi on an Android tablet, you should try a skin like Estouchy. The installation of Kodi skins can be found in the settings under “User Interface – Skins.”

What Kodi can’t do that well

Regardless of all of Kodi’s capabilities, there are situations where other programs and smartphone apps are better suited. This applies, for example, when a single video or song needs to be played on the desktop on the fly.

If the entire Kodi interface is loaded every time, this is sluggish and cumbersome in many cases. The user interface of Kodi is heavily designed for control via keyboard, remote control, or game controller. Therefore, classic players such as VLC Media Player are often the faster and more convenient option for desktop use.

Even when streaming commercial offers, Kodi isn’t always the best choice. One example is the popular streaming service Netflix. Due to the lack of official plug-ins, playing Netflix videos in Kodi requires customized extensions from the Kodi community. Although it makes a real effort, it is regularly slowed down by changes on the part of the providers. The same goes for other streaming services like Amazon Video. Things don’t always look rosy on the audio front, either.

Spotify, for example, runs smoothly on consoles such as the PlayStation 4 or Xbox One. Alternatively, the Spotify stream on a Chromecast or AirPlay-compatible receiver from a smartphone or tablet is easy and convenient. The playback of Spotify via Kodi is also possible via a plug-in , but not nearly as reliable. In short: It is entirely possible to integrate streaming providers into Kodi – but you need a certain tolerance for frustration and patience.