These Are The Safest Messaging “Apps” 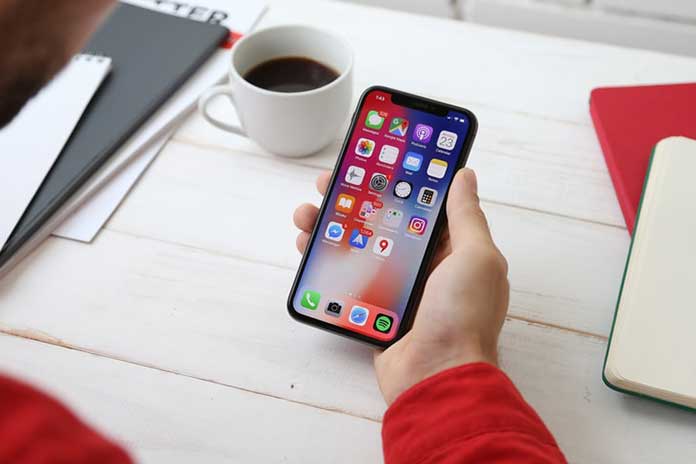 Safety is in your hand. With the acts and activities that we users do, much of the issues related to computer security would not occur. Using strong and robust passwords, avoiding falling into the traps of cybercriminals, sometimes having some common sense is an exercise that must be assimilated by each of the Internet users. Data protection has been strengthened over time and more and more interest is being paid to it. Still, there are always concerns about where our information is going to end up. Since the use of instant messaging applications is already common, it is necessary to take a look at some of the alternatives that have put the focus on security.

One of the messaging services that has put the most force in guaranteeing the safety of its users is Signal. Available for iOS and Android, the “app” is backed by Edward Snowden, a former analyst with the US National Security Agency. (NSA). It is true that every device connected to the internet is susceptible to being “hacked”. The service, developed by the Open Whisper Systems firm, has the main functions available to a chat application. That is: text messages, group chats, voice calls. But one of the attributes of the open source «app» that elevates it to the category of one of the safest is that the content is not stored on the company’s server, something that WhatsApp does. The information is encrypted and encrypted so it cannot be intercepted by the authorities or by groups of cybercriminals. In addition, it has an option by which messages can self-destruct after a time.

Another application that boasts the security of its users’ data is Telegram. Available for iOS and Android, the “app” promises that messages can be sent with guarantees thanks to its encryption system in the “cloud” and it has an end-to-end encryption system so that only the issuing user and the recipient can read it. All functions, ensures the developer firm, including chats, groups, multimedia is encrypted using a combination of 256-bit symmetric AES encryption, 2048-bit RSA encryption, and Diffie – Hellman secure key exchange. Additionally, it can be configured to self-destruct messages. It should be noted, in turn, that you can add up to 200 members in the same group.

It is poorly understood, but it has also emphasized the security of mobile communications. Cyphr ensures that all messages are encrypted, private and are “100% yours”. That’s his presentation at least. The service generates a series of public and private keys necessary for decryption, so that only the sender and receiver of the message can read the content. The application generates unique keys (public and private) so that only the contacts and the sender can read the conversations. The company promises that it has an end-to-end encryption system and collects a minimum amount of metadata (group of data that is included in the files) on the servers dedicated to the transfers and, most importantly, they are saved only during a time. Messages sent are encrypted using the AES 256 system, a block encryption scheme adopted as an encryption standard by the United States government.

It is a messaging application that uses the same encryption system as Signal when sending and receiving encrypted SMS and MMS messages. No prior registration is required. Messages, as expected in a secure service, are encrypted locally using a key required to open and read messages, providing an additional level of security in the event of device theft or loss. It is available for Android.

Available for iOS and Android, it is another messaging application that offers security and encryption functions in an attempt to maintain user privacy. The application uses a combination of the AES 128 and RSA 2048 encryption algorithms that work with two keys, one public and the other private. The latter is used in many identification platforms, in software and identity documents. Its operation consists in that when the sender wants to send a message, the system looks for a public key of the receiver and, once encrypted, it is sent to the receiver. To ensure security, the service does not save the information in the internal memory of the phone. Messages can also be configured to self-destruct after 24 hours or immediately after reading. The application does not display the user names in the message and informs the user if a screenshot is taken.

Available for iOS and Android, it is another encrypted messaging application for both messages and calls. Its encryption system is RSA 4096 -used in “ransomware” type viruses that hijack data from computers. Other features include self-destructing messages and promises that you can send documents with complete confidence.

WhatsApp has been updated

The world’s largest chat application with more than 1.5 billion registered users took time but was shielded a couple of years ago thanks to the incorporation of an end-to-end encryption system, although the information is stored on its servers. Available for iOS and Android, it has added an encryption method from Open Whisper Systems. This end-to-end encryption ensures that “only you and the recipient can read what is being sent, and that no one else can,” company sources acknowledge. “Not even WhatsApp, I can do it,” they say. The messages are secured with a padlock and only the sender and receiver have the special code / key to open it and read the messages. Of course, the option of messages that disappear after a time (24 hours) is limited to Stories or Stories and does not report screenshots either.

Available for iOS and Android, the service is linked to a phone number. The well-known calling application has a messaging service through an end-to-end encryption system. It also includes an alert method that displays the list of those contacts with whom you can establish an encrypted conversation. It has also added a hidden chat feature to hide them on a shared device.

Available for iOS and Android (3.49 euros), it is an end-to-end encrypted messaging application that uses the NaCl crypto library to protect your communications. When you start the application, it generates a unique key that allows you to use the application completely anonymously, with the option of associating it with an email address or phone number. In addition to its messaging features, it also includes the ability to share files (up to 20MB per file) and a voting system to receive comments from contacts.

Available for iOS and Android, it is a free open source encrypted messaging application that features an Off The Record (OTR) encryption system over XMPP. An interesting feature is that it is interoperable with other encrypted messaging applications and can connect to its own server. Through the service, users can send files, photos, videos, and audio, as well as attend group chats, although that feature is not covered by end-to-end encryption.

Available for iOS and Android, the service also includes an end-to-end encryption system, but also offers the ability to remove metadata from conversations. Messages can be scheduled to self-destruct after a certain period of time has expired, although it does not report whether they have taken traps.

It is a messaging application that tries to emulate a traditional in-person conversation. That is, the messages that are sent do not have the risk of being stored or forwarded, explain company sources. Why? For its two peculiarities. The first is that the message is erased and disappears after being read. Therefore, there is no way to store it. The second is that screenshots could not be taken either because the message is hidden. It can only be read if you slide your finger on an underlined area that hides the message.

WhatsApp: How To Hide Your Profile Photo