HomeDEFINITIONSWhat Is Metadata And Its Uses?
DEFINITIONS

What Is Metadata And Its Uses? 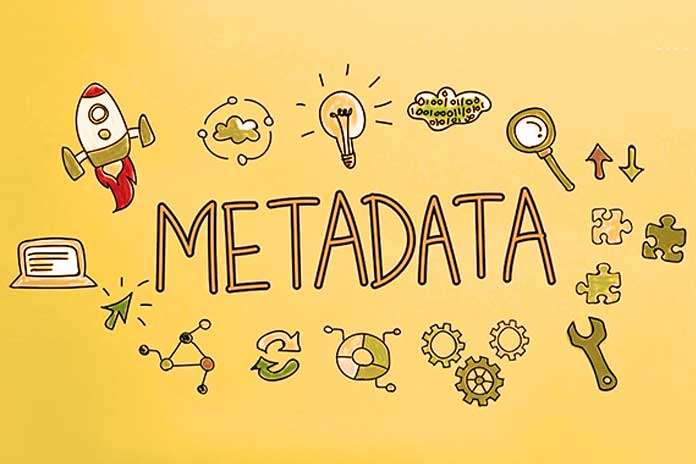 Who writes with whom, when and for how long? All of this contains the so-called metadata – we explain the term to you.

Metadata, also known as meta information, is structured data that contains information about characteristics of other data or objects. For example, in social apps, this data saves when you are online, where you go online or whether you are on the go – this can be used to keep a profile. Images also contain metadata with the location and time of the recording. We explain clearly and understandably where metadata occurs.

What is Metadata anyway?

In short, metadata is data about other data. A popular example is a book. In addition to the title, there are also other metadata such as author, edition, year of publication, publisher and ISBN. But what is the difference between data and metadata? This can also be explained using the example of the book. The content would be the actual data, while the other information is the metadata. Metadata is therefore not the actual content but additional information.

Metadata occurs almost everywhere and can hardly be avoided.

In connection with messengers such as WhatsApp or Telegram, the actual data – namely the messages – are encrypted end-to-end. However, the metadata often seeps through to the provider, which is exactly what many data octopuses like Google and Facebook enjoy. This metadata includes, for example, the people participating in a chat, sending and receiving times, online times, places where you go online (with activated GPS) and so on.

Where does Metadata come from?

Metadata is not only found in books or messengers. The description of additional information can also be found in the following examples:

Is Metadata useful or dangerous?

One can hardly say per se whether the accumulation of metadata is dangerous for users. For websites, for example, metadata is very important to even appear in search engines. Without this information, the range is greatly reduced. But if you look at Messenger, you have to differentiate which metadata an operator needs to collect to guarantee the service’s functionality.

Everyone has to check for themselves whether they consider it necessary that the messenger service like WhatsApp knows which contacts you have, who communicates with whom and when, and diligently collects IP addresses. Another negative example is the story of McAfee. The software pioneer was arrested because the location was in a photo he published through not removed EXIF ​​data could be determined.