HomeAPPSRed Flags To Be Wary Of While Using Snapchat
APPSSOCIAL MEDIA 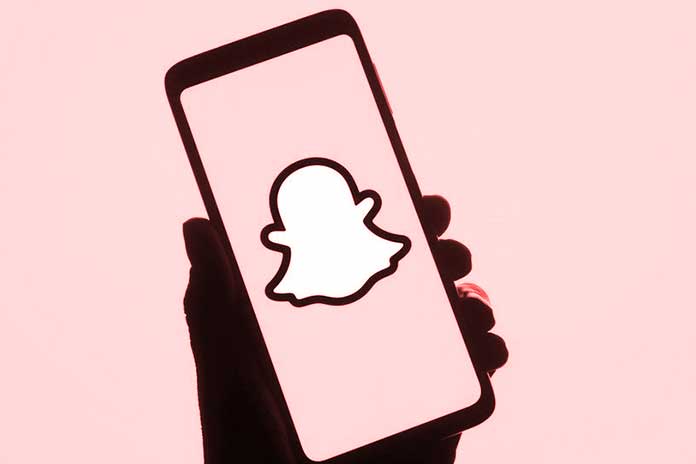 Snapchat is a social media platform most popular among teenagers in this era of digital modernization. It can be considered a means of online communication. Unfortunately, some scammers treat it as a means of perpetrating mischief. Knowledge about the scammers’ strategies can make these scams come to an end. Some of the common Snapchat Scams used to trick Snapchat users are discussed in this article.

Snapchat scams occur due to,

Impersonating someone known to the victim:

Tricking people into sending money to scammers’ accounts by impersonating someone they know has become one of the most common strategies for social media scammers. They contact victims claiming to be their relatives or friends seeking financial help. Sometimes they say that they are in grave need, or sometimes, they say that they have mistakenly forwarded a message carrying a one-time password. Further, they tell the victims to forward the message back to them. Scammers deliver the pitch creating a sense of urgency, and rush the victim so that they do not get any time to think before forwarding the message. The scammers then manage to get access to the victim’s bank account or carry out other acts of fraudulence.

Online romance scam or dating scam initially takes place on apps that are dedicated to online dating. Scammers, who intend to fool victims and garner their money, do not ask for it straight away. First, they build a rapport and try to find a place like Snapchat or Whatsapp through which they can get closer to the victim. Through this tactic, they also ensure that the victims’ trust is earned gradually. After that, they either divert the victims’ interest into building passive income through cryptocurrencies or stocks or later convince them to hand their investments over to them in order to safeguard their money, or they directly say that they are in urgent need of money and the victim is the only person who can save him or her from the trouble. In both circumstances, if the victim is imprudent, he or she ends up losing money.

In Snapchat scams, scammers sometimes create websites that promise exciting gifts and other things to lure their victims. In most cases the victim’s just need to answer some easy questions in the quiz contest held by the scammers or they simply need to spin a prize wheel in order to gain a reward. Scammers disperse the link to these websites via Snapchat and lure their targets to send these links forward to their acquaintances in order to access more exciting offers. No wonder they easily get these links dispersed widely via this tactic. Every Snapchat user at least once has received such malicious links. These malicious links redirect the users to websites that allow a spyware to insinuate into the victims’ device to garner personal information or bank details, or they just directly ask for the user’s personal information, including bank account details, in order to play quiz games and receive the money that they were promised. Snapchat scammers either use this information for personal gain or sell it on the black market. So, it is advisable to avoid such messages where they claim that they can provide exciting rewards for free.

The exploitation of people’s generosity through donation scams:

A donation scam is one of the most sinful, immoral scams that social media scammers perpetrate. In a donation scam, scammers exploit people’s generosity and inclination to help others. Perpetrators in this scam ask victims to make payments to help them or someone close to them who has faced a terrible accident and needs to get a major surgery done. They sometimes garner images of people who are genuinely in need and use them to gain victims’ trust. They even raise a fictitious campaign with the help of an unpopular crowdfunding organization to work their way through easily.

When the target is the victims’ relative:

The method which has become very popular among social media scammers these days is that the scammers’ first try to get access to victims’ Snapchat accounts fraudulently. They then pretend to be the user and send messages to the users’ acquaintances through Snapchat. Similar to other Snapchat scams, scammers lie that they are in huge trouble, but this time impersonating the victim. They ask victims’ fathers, mothers, cousins, or close friends found on recent chats, to send money, providing with the scammers’ bank account details, and eventually disappear with the money once they’ve successfully collected it.

When scammers are craftier, they send victims emails containing links that redirect them to a login page of a website that looks like the website is maintained genuinely by Snapchat. To achieve victims’ trust, scammers imitate the name Snapchat with slight changes. Through the fictitious website, perpetrators of Snapchat scams garner victims’ personal information to get access to their original accounts. The perpetration continues further even after getting access as they now try to target their friends and relatives next for their own profit. The emails often claim that the victim’s account has been compromised and they need to log in through this website for the safekeeping of their account, or say that the victim has won a lottery, reward, or some discount coupons. Sometimes the emails come with a threat of deleting the victim’s account or pictures, or data.

Be wary of these scams as they are becoming more prevalent with each passing day. Opt for independent research before making any decisions. A skeptical approach toward everything can save you from future regrets.

Social media platforms have become a common area for scammers to fool people into penetrating defenses. Unfortunately, not even Snapchat is free from these scammers. Knowing how these Snapchat scammers operate can help you stop them from working their way through social media and other online communication platforms.

Also Read: These Are The Safest Messaging “Apps”