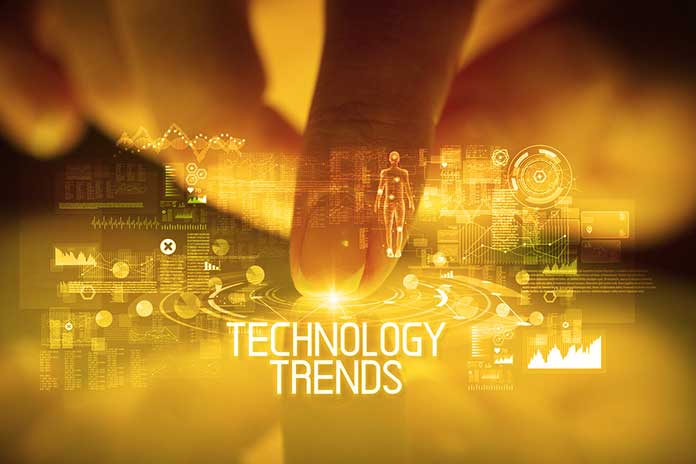 Although in Spain Vodafone is currently the only operator that offers the service, and it does not do it in the entire territory, nor are there many brands that have terminals prepared for the use of this technology, everything points to the fact that this will change throughout the year.

The popularization of 5G is slow, especially since the flagship devices of manufacturers like Samsung, Google and Apple are still only 4G. But according to the latest leaks, that will change in 2020 with the Samsung Galaxy S20, Pixel 5 and iPhone 12.

The main advantages of 5G, as we have already commented on other occasions, are greater data transfer speed, greater bandwidth, improved latency, a greater number of devices connected to the network simultaneously and much lower energy consumption.

It seemed the invention of the millennium and yet it has not finished fitting. Along the way, in addition, to virtual reality -VR, for its acronym in English- a twin has appeared: augmented reality or AR, which instead of transporting the user to ‘a parallel world’ as VR adds virtual objects to the real world.

Perhaps due to the ‘ease’ of implementing RA, it is being exploited more and is used in the service sector -for example to guide you in an airport-, as a business tool -for example to develop an architectural project- or in the world academic -for example in an anatomy class-. Companies like Apple (ARCore), Google (ARkit) or Amazon (ARView) have optimized their augmented reality platforms and integrated them into their services, however VR seems to have been rather relegated to the gaming world.

We are talking about the implementation of Artificial Intelligence (AI) in automation, that is, that previously manual tasks are not only done automatically but that they are also automatically improved and learned -machine learning-.

Hyper-automation will allow automatic analysis, measurement and monitoring of processes to redesign them and make them more efficient. And all autonomously and made by a machine. “As no single tool can replace humans, hyperautomation today involves a combination of tools, including robotic process automation (RPA), intelligent business management software (iBPMS) and artificial intelligence,” they state from the Information Technology consultancy Gartner. Hyper automation plays an important role in creating safe work environments. With use of smart networks and automation employers can minimize impact COVID has had on their business through real time user density data in smart offices.

Thanks to AI and the internet today we are more connected than ever. Our mobiles are ‘smartphones’, our houses ‘smart homes’ and our speakers ‘smart speakers’. With so many smart devices in our homes, we are inadvertently leaving some doors open: it is time to put virtual armored doors on our house and, therefore, on our privacy.

The Internet of Things – Internet of Things (IoT) in English – is very useful but also very insecure if not used well. Last year, Spain was the country hardest hit by cyber attacks through this type of device. And in 2019, more than 100 million attacks have been detected on IoT devices worldwide.

Therefore, it is expected that the trend in 2020 is to work for a better virtual security of our houses.

And speaking of smart things, it seems that the ‘smart speakers’, who have been living their golden age for a year, will also fall on the dark side. How else would rich companies like Google or Amazon continue to become? Of course it seems clear that these giants want to take advantage of the pull of their products.

It is likely that Alexa, Google Assistant and Siri, the digital assistants who have become the new center of digital home life, now not only help you get your bearings or tell you what the weather is going to be, but also whisper to you heard the announcement of a wonderful hair dryer just the day you break yours … be careful!

Press readers are becoming more digital. Spain will end the year with 17.5 million daily readers, the digital format grows 12% and paper falls 9%. And advertising is not enough to guarantee profitability, so the media is starting to use the online paid content subscription model.

The national newspaper ‘El Mundo’ was the first generalist to implement the collection of content, but this model is also present in regional newspapers of the Vocento Group.

This phenomenon has spread to the audio sector with platforms such as Spotify, Apple Music or Google Play Music; and also video games with Google Stadia as a pioneer.

8. Expansion of the use of biometrics

Another star technology, already today, but with a long way to go is probably biometrics: fingerprints, retina, iris, facial patterns, vein of the hand or the geometry of the palm of the hand represent examples of physical characteristics that can be ‘measured’ and used for personal identification.

And more and more our mobiles use this technology, in constant evolution, which is expected to expand both its uses and the devices it can join. Facial recognition can currently be considered the safest identification system, as well as being one of the most popular.

The video game sector has been very quiet in recent years. With Xbox One and / or PlayStation 4 in homes around the world, Microsoft and Sony have taken it easy. Until now: 2020 will see the launch of a new Xbox and a new PlayStation and all gamers are already on the warpath about which will be better.