What Is Virtual Reality? 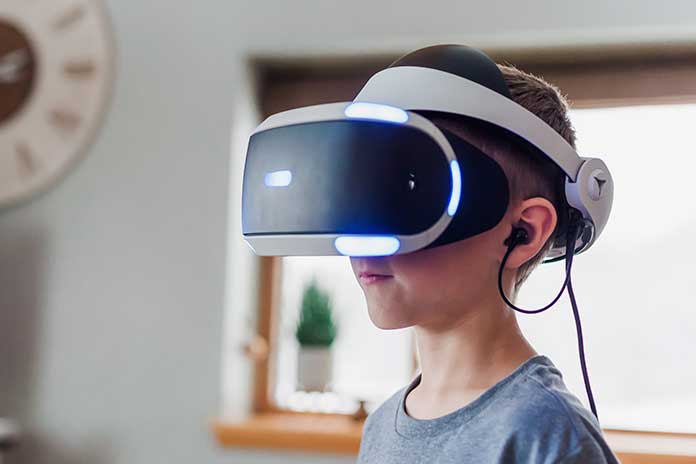 Would you like to know what exactly virtual Reality is and why you need VR glasses? We’ll explain it to you.

A few years ago, virtual Reality was just a new technology unaffordable for ordinary people. In the meantime, however, virtual Reality has arrived in many people’s everyday lives: VR glasses are already available for video games and escape rooms or in exhibitions with which you can immerse yourself in virtual worlds. In this article, you will learn what strictly Virtual Reality is.

Virtual Reality (short VR) means “virtual reality”. With the help of a computer and special glasses, the VR glasses lead to believe a different reality. You see a digital, computer-generated and three-dimensional environment through the VR glasses. Often, you can move around and interact in it too. The realistic impression is reinforced by the corresponding noises that you can hear through a VR headset. You use special controllers to interact with the virtual world.

When you wear VR glasses, you immerse yourself in a new world and can look around and move around in it. You can even take action on it using joysticks.

Immersion and motion sickness through VR

If the VR application is done well, this is how you can immerse yourself in the virtual environment. This feeling is also called “immersion”. When using VR applications, however, so-called “motion sickness” can arise. This can happen when your brain’s impressions through the VR glasses do not match those that your sense of balance reports. For example, when you sit still in Reality, but at the same time move through virtual space. Seasickness and motion sickness are also forms of motion sickness.

VR applications are already used in many areas. The possibility of playing video games with VR glasses and experiencing the plot for yourself is very well known. The applications are also available in escape rooms, for example, to enable a unique game experience. And the technology is also used at trade fairs or in museums, for example, to let visitors experience a bird flight or to enable them to experience historical events.

VR is also used for training purposes, such as in driver training courses or practising first aid measures in realistic scenarios. On the one hand, digital technology serves to enable people to experience things that they would typically not be able to have. On the other hand, VR is used to simulate real situations and allow training without real consequences.

The term “augmented reality” often appears together with virtual reality. That means something like “augmented reality”. So here you are not shown a completely new environment, but individual aspects expand your territory. For example, you can see navigation instructions or information about buildings in the image captured by your smartphone camera.

360 ° videos also have a certain similarity to VR. These are recorded with unique cameras and give you an overall view of a natural environment. So you can feel like you are in this place. However, you cannot interact with it, and most of the time, you do not think that you are entirely immersed in the world of video.