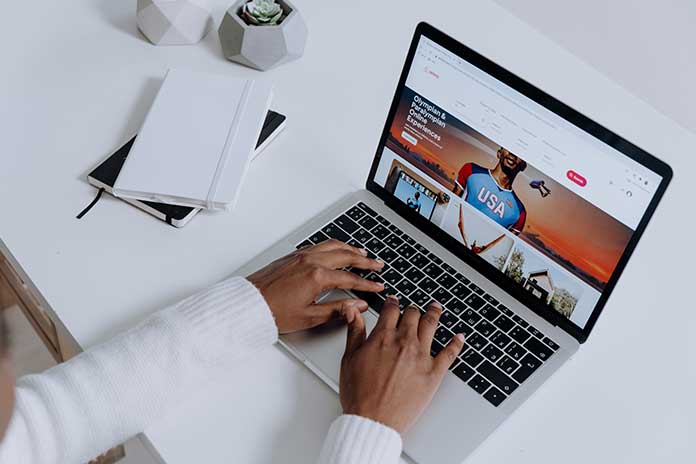 A mockup is a website template, but it should not be confused with a prototype or a wireframe: here’s what it is and how to make it effectively. Anyone who works in the graphics industry has, in all likelihood, created hundreds, if not thousands of mockups or mockups. These designs help the client understand ​​what a finished product could be. The mockup is a model designed specifically to be shown before the conclusion of a job. A mockup is a website template in the IT world: a static image that shows what any page might look like once it is 100% built.

However, the term mockup should not be confused with other words in some way related to the idea of ​​a working model. Also, in computer science, for example, the term wireframe is often used to indicate a prototype that shows several fundamental aspects of a site under construction. So, before going into the merits of how to make a mockup, it will undoubtedly be helpful to take a small step back. To analyze the meaning of this word in more detail, but, above all, to indicate the aspects that differentiate it from a wireframe or, more generally, from a prototype.

What Is A Mockup?

The English term mockup, sometimes written “mockup,” can be translated into Italian with the word “model.” It is a realization that is produced for illustrative or exhibition purposes. If we talk about computer science, a mockup is a website template. The first important thing to point out is that a website mockup doesn’t necessarily have to represent all the pages involved. The meaning of the mockup, regardless of its applications, is to give a quick idea of ​​what a finished product could be. You can enter the visual field to get some more concrete examples of a mockup.

Often when a logo is created, various mockups are presented that provide for its application in the most disparate contexts: internet pages, merchandising articles, billboards, etc. On closer inspection, even website mockups essentially correspond to static images. Therefore, they are used to show layout, arrangement of elements, colors, typefaces, etc. In some cases, a website mockup also enters into the merits of buttons, links, and any CTAs. However, consider that all these elements will only be represented and cannot be “clicked.”

Also Read: How To Create An eCommerce Website That Sells

Differences Between Mockups And Wireframes

When it comes to working on a website, there is another term that, at first glance, seems to conflict with “mockup.” The reference is to the word wireframe, which indicates drafts and templates of sites ready to be created. However, there are substantial differences between mockups and wireframes, just as, more generally, there are differences between mockups and prototypes. The mockup was created to present a product, making only some of its most representative elements usable. The wireframe is not a simple website template created with the purpose of representation.

On the contrary, it is an exhibition of its architecture, functionality, and characteristics. Even the most basic of wireframes is much closer to a prototype than to a mockup: it renounces the aesthetic component. It focuses on the processes and functions that must be linked to the product in question. A mockup was born with the idea of ​​showing the appearance of a finished product. On the other hand, a wireframe looks more like an internal business document. It is difficult for a wireframe to be shown outside the circle of people who will work on a particular website, especially when we are talking about low fidelity wireframes, which can also be created with the simple help of paper and pen.

On the other hand, the website mockup always involves specific graphic work. His goal is often to let a person outside the work team imagine the finished site. So the wireframe looks much more like a working document, while the mockup can be considered a rendering ready to be presented outside. In both cases, these are products before the final creation of the website in question. At the same time, however, these are products born with opposed purposes.

Creating a website wireframe, especially a low-fidelity one, may be sufficient to resort to pen and paper. The project presents only essential elements that allow us to put on paper the first ideas relating to the organization of information and the architecture of the pages. On the other hand, making a mockup isn’t easy using the freehand. On the contrary, it is almost always necessary to use graphics programs. It should not be forgotten that the purpose of the mockup is to give an idea of ​​the finished product.

Not surprisingly, to create a mockup, many professionals in the graphics sector use the same programs with which they usually work. Among them, Photoshop stands out. That said, many tools allow you to create a website model that does not require particularly advanced skills. They are highly intuitive programs that can also be used by those who may not be able to work on complex software such as Photoshop. Furthermore, many more intuitive tools designed for making mockups don’t even have to be installed on your computer. These are, in fact, applications that can be used online. The important thing, of course, is to have the architecture, structure, and contents of the site under construction available.