The Best Tablets Of The Moment (Android And iOS Tablets, April 2020) 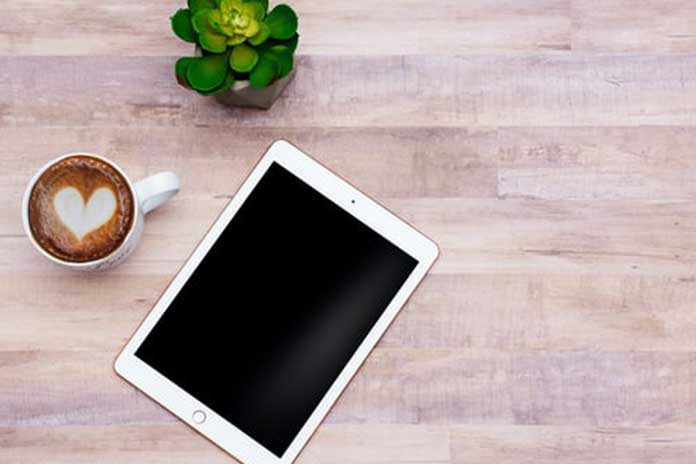 Although the market for tablets with iOS and Android is in the doldrums, Apple continues to dominate it and have the best tablets in the form of the renewed iPad Pro. It arrives in versions with 11-inch and 12.9-inch screens, and in Apple’s words, it has a graphics power superior to an Xbox One S. The A12Z Bionic processor is powerful, having up to twice the performance than other processors used in Android tablets such as the Snapdragon 845.

The iPad Pro 2020 has the vocation of being a small laptop by incorporating a keyboard-case with an integrated touchpad, and the Magnetic Pencil can be charged wirelessly simply by leaving it on the side. The screen is of great quality, returning to 120 Hz, covering the DCI-P3 color gamut. On this occasion Apple has renewed the appearance, reducing the frames to the maximum, eliminating the fingerprint reader, and adding the iPhone X’s facial unlock system, Face ID.

Eliminate the Lightning connector by including a USB Type-C, compatible with data, charging and video. In fact, there are adapted applications that could make use of a monitor as an extended screen, displaying additional information. The rear camera is 12 Mpx with ƒ / 1.8 aperture, capable of recording video at 4K and 60 FPS, or at slow motion of 720p and 240 FPS, a secondary of 10 Mpx ƒ / 2.4 for wide angle, and also includes a ldar sensor. for depth and augmented reality effects. The front camera is 7 Mpx and ƒ / 2.2 aperture. The wifi is 802.11ac and has Bluetooth 5.0. The battery is 29.37 Wh or 36.71 Wh depending on the model, for an autonomy of up to 10 hours.

The aesthetic of the iPad Air 2019 is the same as that of previous years, with a high-quality 10.5-inch screen, made of aluminum and available in dark gray, light gray, pink and gold, which is elegant and with great finishes. The processor happens to be an Apple A12 Bionic, which is a six-core, which gives it great processing and graphics power. Includes at least 64 GB of storage.

The screen is 10.5 inches maintaining a good screen quality that covers 100% of the DCI-P3 color gamut, with a resolution of 2224 x 1668 pixels. The start button acts as a fingerprint reader. The display is compatible with the Pencil. The camera is 8 Mpx with f / 2.4 aperture and 120 FPS slow motion recording. The front is 7 Mpx with f / 2.0 aperture.

Samsung has renewed its famous line of tablets with the Galaxy Tab S6 model, made of aluminum, which includes a 26.6 cm diagonal (10.5-inch) screen, being AMOLED, with a resolution of 2560 × 1600 pixels. It is a very light tablet, with 420 g. The sound system to accompany the tablet is four AKG speakers with Dolby Atmos sound

With a powerful Snapdragon 855 inside, with at least 6 GB of RAM and 128 GB of internal storage. It has a micro-SD card reader of up to 1 TB. Its battery is 7040 mAh, and it is recharged by a USB Type-C port, giving this tablet a good autonomy of more than ten hours of screen use playing videos from the Internet.

The front camera is 8 Mpx and the rear one has a 13 Mpx main sensor and a 5 Mpx secondary one. It has 802.11ac wifi and Bluetooth 5.0, fingerprint reader. A magnetic S Pen is included with the tablet, but the upgraded keyboard case must be purchased separately.

The iPad 2019 is a much improved version with which Apple provides more screen, with a 25.9 cm diagonal and a resolution of 2160 × 1620 pixels, in the same aluminum design with a start button with a fingerprint reader. The processor is also upgraded to an Apple A10, and it has 3GB of RAM and 32GB of storage. The rest of the device does not change too much, especially the cameras, but the battery is 32.4 Wh and will give it enough autonomy. In general it is the cheapest and most interesting model that the company has, and it is compatible with the Apple digital pen and keyboard-type peripherals by including the communication pins with them.

MediaPad M5 tablets are available in two sizes: 8.4-inch and 10.8-inch displays. Both with a resolution of 2560 × 1600 pixels and Kirin 960 and Kirin 960S processors, with 4 GB of RAM and 32 GB of storage. It has a good design, fingerprint reader, and Android 8.0 pre-installed. They have a good autonomy thanks to their 5100 and 7500 mAh batteries, and are recharged through a USB type C connector. The stereo sound is from Harman Kardon, with four speakers in the 10.8-inch model.

n, increasing the storage to 64 GB, and maintaining the rest of the characteristics. They all have an 8-megapixel front and a 13-megapixel rear camera that can be used to take photos good enough for a tablet.

It includes an eight-core Exynos processor with 4 + 64GB of RAM and storage, and there is also a 6 + 128GB version. The 7040 mAh battery gives a good duration playing videos, around ten to twelve hours, and it is charged by a USB type C port, and it is compatible with DisplayPort over USB type C. It includes a rear 13 Mpx camera that records at 4K and 30 FPS, and an 8 Mpx front.

The Galaxy Tab A 2019 is a budget model with a wide 25.6 cm (10.1-inch) AMOLED-type screen with a resolution of 1920 × 1200 pixels. It is a very good tablet to watch videos and work due to that resolution and size. The processor is an Exynos 7904 dual-core Cortex-A73 at 1.8 GHz and six Cortex-A53 at 1.6 GHz, which give it a lot of fluidity on a day-to-day basis. The graphics unit is a Mali-G71 MP2 that will be enough to move videos and applications of all kinds, but in 3D games it will cost a lot more to maintain performance.

The tablet case is made of aluminum, giving it a better finish compared to previous generations, and it weighs only 460g. It has 2GB of RAM, 32GB of storage in the base model, and a micro-SD card reader of up to 400GB. The cameras included are 8 Mpx and 5 Mpx, with a normal quality, but certainly nothing stands out in the photographic section. Its 6150 mAh battery gives it a normal autonomy within the sector, with about 10 hours of screen use.

The Galaxy Tab S4 is the competitor to Apple’s iPad Pro. It includes a Snapdragon 835 processor, the most powerful on the market, with 4 GB of RAM and 64 GB of storage, as well as a micro-SD card reader, and a version with 256 GB of storage. It has a 10.5-inch AMOLED-type screen with a resolution of 2560 × 1600 pixels, accompanied by a 7300 mAh battery and a USB Type-C charging and data connector. It arrives with Android 8.1 pre-installed. It also has a 13 Mpx rear camera and an 8 Mpx front camera, and includes a fingerprint reader and an iris scanner. It also has an S Pen to interact with the touch screen. USB Type-C output supports DisplayPort 1.2 video.

The MediaPad T5 is a tablet that tends to the economic sector but maintains good benefits. The large 10.1-inch IPS screen has a resolution of 1920 × 1200 pixels, with good color reproduction and a maximum brightness above 350 nits. The processor is an eight-core Kirin 659 that does not lack power for the usual tasks of watching movies, browsing or editing documents, although the integrated graphics unit will give enough performance for 3D games at around 30 FPS, even if it is lost quality in the process in the most current titles. The 5100 mAh battery will last around eight or nine hours watching videos, making it an autonomy that does not stand out but will be enough for most users.