HomeTECHNOLOGYHow To Use NFC On The iPhone?
TECHNOLOGY

How To Use NFC On The iPhone? 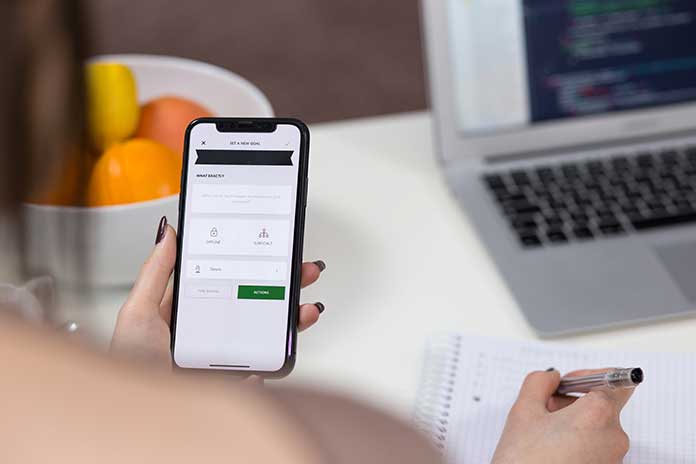 The NFC chip in the iPhone enables, among other things, contactless payment via Apple Pay. We explain what NFC is and how to use it.

NFC stands for “Near Field Communication” and is a standardized process that enables contactless payment on smartphones. It is also possible to read out data over short distances. Every smartphone with an NFC chip can work as both a read and write device, enabling payment at the supermarket checkout. This tips + tricks article shows what NFC is, its areas of application, and how you use NFC with the iPhone.

NFC is the abbreviation for Near Field Communication and means something like near field communication in German. Since the iPhone 6, the iPhone has had an NFC chip required for this technology.

The functionality is based on RFID technology, and you are probably familiar with the contactless payment with your giro or visa card. Data is transmitted via electromagnetic induction with loosely coupled coils over short distances – up to a maximum of 4 cm. However, only small amounts of data can be transferred to the smartphone using NFC.

NFC is considered secure because the receiver and transmitter have to be very close to each other to communicate with each other. Apple has primarily integrated the NFC chip in the iPhone to promote its in-house payment service Apple Pay. Currently, the technology of third-party apps is still denied, although that should change with iOS 13.

What are the areas of application for NFC?

The short-range radio interface in the iPhone is mainly used in micropayments, i.e., for contactless payments of smaller amounts. There are a few areas of application where NFC is used:

Cashless payment: You can pay at the till using your smartphone or an NFC-enabled credit card. To do this, the device or card must be briefly held up to the terminal to pay the amount.

Information exchange via NFC tags: Like QR codes, information can be transferred via NFC tags, such as a link to a website or a calendar entry.

Data exchange between smartphones: Two end devices with NFC chips can be held against each other to transfer data. Due to the low data rate, these are primarily links, contact details, or photos.

How to use NFC on iPhone

NFC can be used to read NFC tags. To do this, you need a suitable NFC reader app from the App Store. Just search for ” NFC Reader for iPhone. ” If you want to enable contactless payment with Apple Pay, you must first add your account. You can read how this works in our step-by-step guide: