HomeTECHNOLOGYSoftware Development: How The Industry Positions Itself Between Crisis And Success
TECHNOLOGY

Software Development: How The Industry Positions Itself Between Crisis And Success 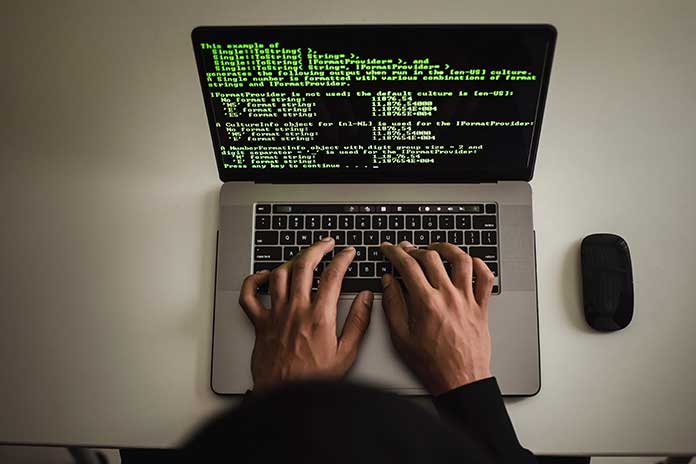 Software development is characterised by upheavals and rises in the first half of 2022. The new software report from GP Bullhound shows how the supply chain crisis and the Ukraine war are affecting the software industry.

Whether the supply chain crisis, the Ukraine war or the corona pandemic is still smouldering underground: crisis phenomena are currently determining the economic situation. Software development is particularly affected, as the current report by the tech consulting and investment bank GP Bullhound on the software industry, because the IT industry, especially software development, is highly globalised.

Ukraine is an important location for offshore and nearshore services in all sectors. Two strengths of the country are information technology and especially software development. Therefore, the Russian invasion had a noticeable impact on the US and European technology companies that have employed or contracted software developers in Russia and Ukraine. This is likely to exacerbate the lack of talent in this area that has existed for years.

As of February 2022, Ukraine had a thriving startup ecosystem, with more than 1,000 companies in the technology and software space. Well-known names are Grammarly, Ajax Systems, and Readdle. Many companies are forced to relocate employees and locations to other countries. Russia also had strengths in the IT sector. Still, the war of aggression against Ukraine has led to two developments: Firstly, large technology companies such as Apple, Google, and Meta (Facebook) are withdrawing from Russia due to the sanctions. On the other hand, IT specialists are leaving the country and emigrating to other countries.

In addition, two other events are rapidly reshaping the global security software landscape. The Russian government recently announced that it will no longer use Western software for critical infrastructures by 2025. In response, the US government has included Russian antivirus software Company Kaspersky on its list of national security threats and has warned US companies about Russia’s growing cybersecurity threat.

The consequences of this and other crises are not yet entirely foreseeable. However, there are already indirect effects on investment activities. Regarding IPOs, almost all companies and investors have slammed on the brakes. Overall, the first quarter of 2022 was the weakest in six years, with just 18 IPOs and $2.1 billion in IPO revenue — a 95 percent plunge from the same quarter last year. In the software industry, there wasn’t even a single IPO. All the highly anticipated IPOs such as Airtable have been postponed due to unfavourable conditions.

Many tech giants that are firmly established on the stock exchange are also acting cautiously and preparing for difficult long-term times. The rating of our self-created SaaS index has fallen significantly. It could also be an incipient overcorrection. Oracle has repurchased stock, and Atlassian has accelerated debt repayment, spending five times its operating cash flow. The motive here was most likely the preparation for interest rate increases and a restrictive monetary policy in the USA. Other companies are a little more optimistic and use their sometimes very high liquid funds for takeovers. Salesforce announced acquisitions totaling nearly $15 billion.

Clear winners in software development are SaaS platforms aimed at the US real estate market. For example, the credit trading platform Polly. It offers specialised automation tools for buyers, sellers, managers in real estate companies, and underwriters in insurance or financial institutions. The product benefited from the enormous boom in the US real estate market in recent years. The high demand meant that most real estate transactions were concluded well above the asking price. As a result, Immo-Software was able to expand its customer base significantly.

The software industry has evolved independently of the crises in recent years and shows significant trends that companies should be aware of. In software development, the era of individual solutions seems to be over. The ease of using SaaS has led to uncontrolled growth in some companies. You have subscribed to and used a new tool for each problem. The result: Costs, administration effort, and friction losses in the cooperation of the solutions grew significantly.

IT Teams Are Increasingly Relying On Bundle Solutions

IT managers are increasingly overwhelmed with the administration of the numerous individual solutions and tend more towards bundle solutions. Software vendors like Microsoft have begun to include functionality in their products that overlaps with specific standalone tools. An example of this is Microsoft Teams and Slack.

Some software vendors are capitalising on this trend and building comprehensive platforms that address multiple business needs. One example is the provider Coda, which offers documents, data, and teamwork under a uniform interface. Another example is Connecteam, which combines project management, communication, and HR functions under one roof. In both cases, integration and data exchange are automatically provided – unlike individual tools that only offer interfaces for collaboration and leave the integration to the Company using it.

Another innovation in the software market concerns acquiring new customers in e-commerce. So far, companies have depended on a small number of platforms such as Facebook, Instagram, and Google Ads. But for some time, there has been competition for the big players. Services like Bloomreach or Varos facilitate upselling in social media and building loyal target groups. It is currently unclear whether these solutions will replace traditional marketing channels. However, they significantly improve metrics, making them a viable option.

This shows that the software market remains dynamic and growth-oriented, despite all the crisis phenomena. However, the most significant uncertainty factor is the further development of the Ukraine war. There will probably not be a way to the status quo ante. Even in the best possible case, the industry will be marked by this upheaval for a long time.

Tech Rushs
Tech Rushs is the place for next-level and talented Content writers, who want people to listen to them and admire the Trend.
RELATED ARTICLES
CYBER SECURITY

Steps For Finding Virtual Meeting Software For Your Small Business

Holograms: What Can Be Done With Deep Learning

Software Development: How The Industry Positions Itself Between Crisis And Success

Data Maintenance: How Companies Can Use It To Speed Up Their Processes