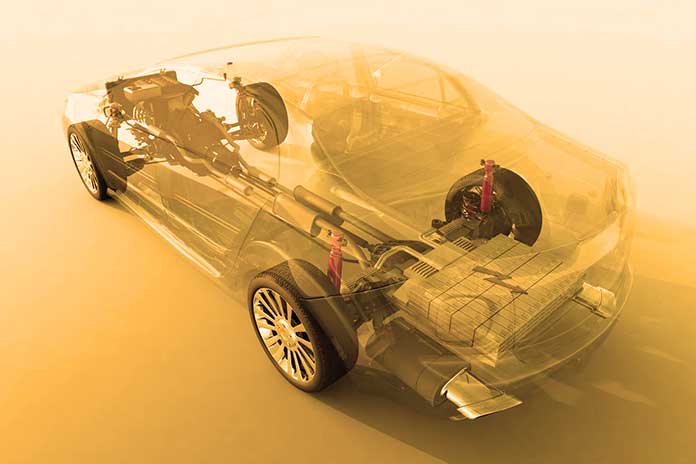 Electric cars have been enjoying increasing popularity for years. Increasingly modern technologies guarantee a more significant range and lower prices than ever. But how long can consumers drive their electric vehicles? And how long does an e-car battery last?

About The Lifespan Of An Electric Car Battery

The federal government wants to be climate-neutral by 2045. As early as 2030, emissions will be reduced by 65 percent compared to 1990. An important measure to achieve these goals is the promotion of electromobility. By 2030, for example, up to ten million electric vehicles should be registered.

The goals seem quite noble in theory. If consumers want to get involved in climate protection, they still have to dig relatively deep into their pockets, especially in electromobility.

According to Statista forecasts, however, that will soon change. The prices for lithium-ion batteries are expected to fall short. According to this, a kilowatt-hour should only cost 83 euros by 2025. In 2010, the price for energy storage was 600 euros per kilowatt-hour.

But even then, the question arises: How long can consumers drive their electric cars? And how long does an e-car battery last?

Most electric car batteries consist of lithium ions embedded in graphite. In addition, they also contain cobalt, nickel, iron, aluminium, and copper. These materials conduct electricity. The case is also made of metal and plastic. The advantages of a lithium-ion battery are its high energy and power density.

They can store a lot of energy per kilogram of weight and deliver a lot of power within a certain period. The current condition of an electric car battery is indicated by the so-called “State of Health” (SoH). Two factors can influence this: the calendar and the cyclic age of the storm.

This means that the performance of a battery not only decreases over time. The number of charging cycles also impacts the energy of the storm. According to Volkswagen’s mobile manufacturer, a battery can go through 500 to 1,000 charging processes. Modern lithium-ion batteries can even be charged up to 3,000 times.

In addition, factors such as extreme temperatures and a sporty driving style would also affect the life of an electric car battery.

The good news first: According to the ADAC, long service life is realistic. In contrast to other electronic devices, e-car batteries have intelligent battery management.

Accordingly, the energy storage devices measure the temperature and voltages of the individual cells in the battery. In this way, they protect themselves to a certain extent from overheating and cold and thus ensure their performance.

ADAC began conducting long-term tests when electric vehicles were first introduced. The studies showed that, for example, the battery of a BMW i3 from 2014 still had 86 percent of its original energy capacity after five years and 100,000 kilometres driven.

The ADAC engineers also predict that the electric car battery capacity will drop only 70 percent after about 200,000 kilometres. That would give it a lifespan of about ten years. The guarantee margins of the e-car manufacturers reflect this forecast.

E-Car Batteries: Manufacturers Give A Guarantee Of Up To Ten Years

Most car manufacturers have a battery guarantee of eight years and 160,000 kilometres. Lexus and Mercedes-Benz even give a ten-year warranty.

However, with this information, it is essential that it only applies to a minimum proportion of usable battery capacity within a specific period of use. For the models of almost all manufacturers, this is 70 percent after eight years of operation or 160,000 kilometres.

In addition, car owners must observe the use rules for their e-cars. For example, warranty claims can expire if consumers do not have their vehicles serviced properly. Retrofits can also affect the warranty.

If e-car owners adhere to the warranty requirements, they also increase the service life of the installed battery. In addition, the automotive magazine Autobild has summarised some tips to help e-vehicle owners to protect their e-car batteries.

E-cars work best at temperatures between 15 and 25 degrees. Therefore, owners should prefer to park their vehicles in the shade in summer. In winter, the electric car belongs in the garage.

It is also advisable to charge the battery immediately after driving when the car is still at operating temperature in the cold season. This shortens the charging time and reduces charging losses and damage to the battery.

Do Not Charge The Battery To 100 Percent

The cycle depth plays a vital role in maintaining the capacity of an e-battery. The more significant the difference between the state before and after charging, the more the battery ages. Therefore, it is best not to drive the e-battery wholly empty and never to assign it to 100 percent.

If you drive too fast, you damage the e-battery. Drivers should accelerate moderately, especially when the battery is still cold, because a high energy requirement leads to the heating of the storm. This causes the capacity to decrease over time.

Driving too fast also means that the e-battery drains more quickly and has to be recharged more frequently. Speeders, therefore, achieve a high number of charging cycles more quickly.

Do Not Charge Batteries Too Quickly

Owners who do not have patience when charging their e-car battery damage their battery by setting it too quickly. Fast DC charging can lead to high temperatures inside the battery.

This can lead to deposits of metallic lithium on the anode, which harms the battery’s life. Gentler charges over a more extended period, therefore, protecting the energy storage.

If you use your e-car battery as an energy store, you could also harm the battery life. For example, if you use solar cells, you should store excess energy elsewhere.

Electric car owners who follow these tips and adhere to the manufacturer’s specifications can enjoy their zero-emission vehicles for up to ten years.