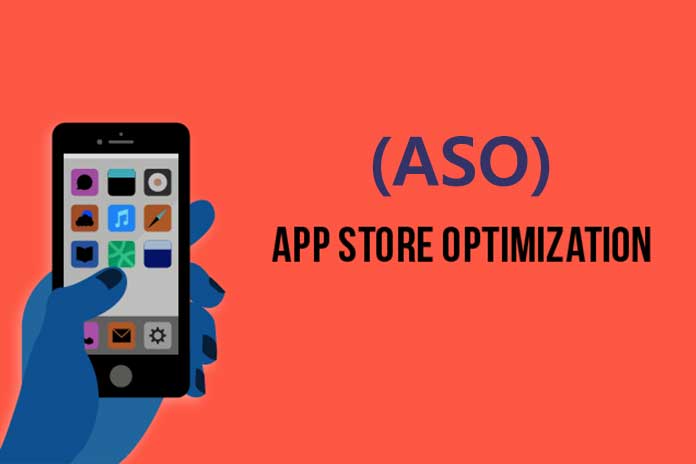 Positioning in the app stores, at the top of the list of applications to download, is not optional but essential to gain visibility and facilitate the download of your product. Often, the investment of time and resources necessary to create an app is nullified by a bad positioning within the dedicated stores: the app remains practically invisible to users’ eyes. What are the strategies to adopt to get a good positioning in the app stores? Let’s find out together.

Have You Developed An App, And No One Finds It?

With the evolution of technology that characterizes smartphones, nowadays, many decide not to limit themselves only to creating websites. They choose to bring their mobile apps to life.

This is all wonderful, as long as you know how this universe works! As in Google searches, a natural language has also been developed for the app stores.

If known and understood to the full, it can be exploited to favor the good positioning of an application in the most various directories in the sector. Alongside Search Engine Optimization (SEO), today, it is also possible to talk about Aso: App Store Optimization.

What Is ASO (App Store Optimization)?

App stores function like search engines. What does this mean? By using the right keywords referring to an app, it is possible to take advantage of the search terms entered by users looking for an app similar to yours. In this, you will appear in the hit list and earn many views on users’ smartphones. Put, it translates into a much higher number of downloads.

On Which App Stores Do You Get The Best Results?

Before discovering which techniques to use, we need to understand where you need to focus your efforts. Those who create an app want to position themselves in the app stores and gain greater visibility, which acquires much more value for prestigious channels. What are the two giants par excellence in the field of apps? Google Play and Apple App Store. On these two, you need to carefully curate the content related to the title and description of your app, using main and alternative keywords and taking advantage of the App Store Optimization.

Are you about to launch your application developed with Android technology? On the other hand, by 2021, the economy expands around the universe of apps and seems to become the third in the world with a turnover of 6,350 billion dollars. Google Play holds 43% of the market, with 2.8 million apps among various app stores. Looking at these numbers, choosing an app to launch on this specific app store allows you to achieve great visibility.

Now let’s see how to maximize it.

We talked a lot about optimization but, in the end, how do you do it? After choosing the app store on which to focus your efforts, you need to know the right techniques to position yourself within that ecosystem. This is very important because, unlike what you might think, app stores work differently. Here’s how to work on Google Play.

The key difference to know about Google Play, compared to the Apple App Store, is that Google indexes almost all of the text that emerges in the store’s list of apps.

This data is very important because it shows you how essential it is to use the right keywords in the 30-character title, the 80-character short description, and the full narrative to go up to 4,000 characters.

Before starting to search for keywords, however, it is necessary to do market research. Choose the words by which you would classify your app and enter them in the search field. This way, you will find out who your competitors are and how they have described their apps.

After that, you can move on to the next steps of the strategy.

To optimize your app in the store through App Store Optimization, there is an important factor to consider. In-app development, there is various data. Among these, we find metadata: the information over which the developer has full control. All of these factors affect your app’s conversion rate, and you need to check which ones bring positive results and which don’t.

In this case, A / B tests run to your aid, i.e., tests of different app versions in the store list to see which one converts the most.

Doing market research and testing is superfluous if you ultimately don’t keep track of the KPIs. During the launch phase, you have to monitor the progress of your app constantly. It would be best if you did this every day, but it is also acceptable on a weekly level. Check your keyword rankings, number of downloads, reviews, etc. If you are unsatisfied with your ranking, do not stop carrying out tests by acting on these aspects.

Although the Android brand has a slight advantage, the Apple App Store holds 34% of the global market with 2.2 million apps to its credit. It seems that the queries in the search lead to 65% of downloads within the App Store.

So most, if we remove the external links reported on websites and social media and the home page with the rankings of the moment.

ASO Strategies For The Apple Store

Apple’s signature app store works a little differently, and for this reason, the strategies we saw earlier regarding Google Play need to be revised. On the other hand, each search engine works with its own rules, and it is necessary to know them if you want to position yourself among the first results.

The only aspect that does not change is the importance of the keywords. What changes in the context in which they are inserted. You notice it immediately from the store’s spaces available for the text related to the app. The title consists of 30 characters. Then you have another 30 characters for the subtitle and 100 characters in the field where you enter the keywords.

First of all, you need to select all the search queries.

Then, when you are satisfied with the work done, you have to enter them in the text spaces that the search engine will read, also considering that separate field of 100 characters in which developers can enter keywords.

This step is similar to what we have described for Google Play. When doing A / B tests, you need to take into account all data included in the metadata and data that is not part of it.

Remember that these tests are necessary to allow your app to get a better position, resulting in a higher number of conversions.

Once you’ve set up the strategy and started applying it, all you have to do is monitor the results.

When considering the various elements, remember that reviews have a great weight in the Apple App Store, much more than Google Play. This is evidenced by the fact that they occupy a place of honor in the product sheet. In addition to reviews, it also monitors keywords, store rankings, conversion rate, etc. The detailed and continuous analysis of your app’s performance is the key to improving your product more and more.