An Overview Of Linux Operating Systems 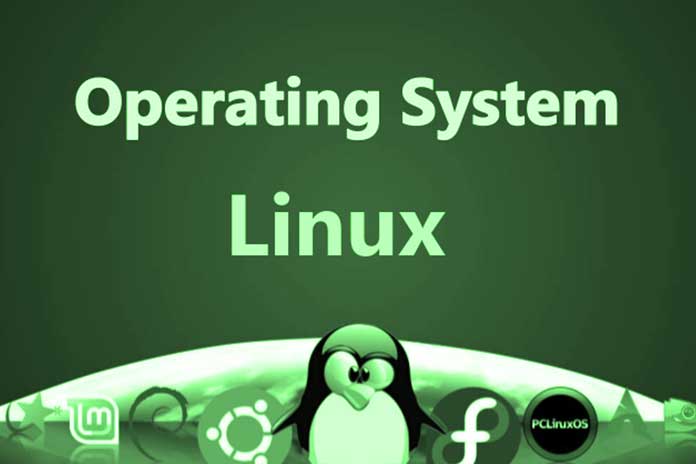 Switching to Linux begins with choosing a “Linux”, – but what are the differences?

The selection with Linux is vast; there is no current version with Windows, but several variants. We help you choose, briefly introduce the most exciting systems and show the differences.

With Windows, things are simple: manufacturer Microsoft is releasing a new version, and at times there is still the predecessor – that was already the choice. Things are a little different with Linux. Because there is no such thing as “Linux”, strictly speaking, the whole thing should be called GNU / Linux anyway: What is commonly called Linux consists of a kernel, Linux, and several standard tools, the GNU tools.

But let’s leave that aside and, as usual, talk about Linux. You will find these core elements in all Linux, more precisely Linux distributions, or distris for short. Since the Linux basis is open source software, everyone can build and distribute their system, hence Distri.

And that’s precisely where the significant differences lie: Who is developing the system? What goes into the system? How is it published? What additional tools does it include? And what exactly does the desktop look like? Some distris are mainly issued by the companies behind them, such as Ubuntu from Canonical or Red Hat Enterprise Linux from Red Hat.

Other distributions are completely community-supported, especially Debian. Most large distris also give their Linux systems their tools for everything to do with the system – especially what is known under Windows as “system control” is solved by each distri in its way.

The “large” application programs such as Office (LibreOffice) or image processing (Gimp) can, of course, be found everywhere. It is also essential how seriously the projects take the idea of ​​freedom: where Debian only relies on free, open-source software by default, Ubuntu also installs non-free software, for example, graphics card drivers or multimedia codecs.

The updated policies also differ: some are published on fixed dates, and some updated packages are continuously stored in the so-called repositories. Speaking of which: every distri has such a corresponding “repo”,

For most home users, the main question that arises is: what does the desktop look like? With Windows, the OS and desktop are inseparable, with Linux, the entire desktop environment is just an application program that can be installed and exchanged at will. All systems have a standard desktop, but it can be changed.

The best example: Ubuntu is also available as Lubuntu, Kubuntu and Xubuntu, which stands for the standard desktops LXDE, KDE and XFCE. The project teams change other details here and there, but basically, you could just set up Ubuntu and then install LXDE, KDE (now Plasma) and XFCE – and then select the desired system at startup.

Not all aspects are essential to everyone, but this gives you a basis for selection. If the technology is left out, the distris differ from the user’s point of view in questions such as: How lean is the system? How comfortable? How free? How well documented? A small selection follows – there are hundreds of Linux distris! – the most exciting Linux.

Debian has to be mentioned first, simply because it is the basis for several other distris, including the two most popular desktop Linux Ubuntu and Mint.

The system has been around since 1993, has an extremely large number of packages in the repos, and is completely managed by the community. The CD standard desktop is the slim XFCE, actually only intended for weakly computing devices; DVD images are available for Gnome and KDE, among others – others are supported.

Debian attaches great importance to stability and security and is therefore extremely popular with Linux connoisseurs and professional users. Linux beginners will often face the problem that stable, secure software comes from the repo and old versions. So it happens that this or that doesn’t want to work because basically outdated software is running. New releases come every year.

Ubuntu is based on Debian, brought Linux to large areas in the first place on private computers and is entirely dedicated to usability, the positive user experience. Come from Windows and don’t want to deal with the computer itself, but I just want to use it.

You will get your money’s worth here: Up-to-date software, many packages, simple system controls and above all, a community that helps beginners in particular – the tone in Ubuntu -Forums, for example, are much more suitable for laypeople than in Debian forums. Ubuntu now relies on the Gnome desktop in a “modern” variant without the usual start menu.

With the standard desktop, Ubuntu is a bit slower and more resource-hungry than a bare Debian. The biggest “catch” with Ubuntu: Behind this is Canonical, a company which at times hardly behaves better than Microsoft; For example, advertising was once integrated into the start menu, and the previous standard desktop Unity was a horror, to say the least.

Mint is based on Ubuntu and has always wanted to be a user-friendly desktop Linux without dragging the company ballast as an “operator”. Mint brings some good tools of its own (Update Manager, USB formatter, desktop settings etc.) and is available in two desktop versions: Mint’s own Cinnamon is based on Gnome 3. Alternatively, there is Mate based on Gnome 2.

Also, Mint relies on a traditional update cycle and current software packages. For you as the end-user, one thing is of particular interest: You get a complete, fully configured system, including multimedia and complete application equipment. As of today, Mint is probably the best Linux variant for the average consumer to start with. By the way: There are also versions based on Debian instead of Ubuntu,

With openSUSE, there is finally a system that is not based on Debian. Originally “operated” by Novell and SUSE Linux (and developed in-house), openSUSE is now also community-based, albeit sponsored by SUSE, and somewhat forgotten – just ten years ago, openSUSE was often the first choice on private computers.

One of the most significant differences to the previous Linux distributions: Installable software does not come in DEB packages, but as RPM – most providers provide both versions of their software. The standard desktop is traditionally KDE, but now there is also Gnome. openSUSE has always been pretty user-friendly and, above all, equipped with a vast number of programs.

There are new versions about every eight months, and recently there is also a version with openSUSE Tumbleweed that relies on rolling releases. This means that updated packages are imported as quickly as possible instead of first in a new version. Like the Ubuntu / Debian-based systems, openSUSE is well documented – but is likely to lag.

Puppy Linux is a real specialist and, again, an Ubuntu derivative. Puppy relies entirely on performance and is the first choice on computers that have been used for a long time. What is special: Puppy is mainly started from external data carriers and then loads itself entirely into the main memory – in contrast to an Ubuntu started from CD, a Puppy CD can be removed after the start! Puppy can even run from a multisession DVD and write changes to the DVD again – features that are intended for a special purpose. Puppy is unlikely to be installed as a standard system at home, but carrying it as an emergency system on a USB key fob is wonderful!

Arch Linux is also a particularly lean distribution and a completely independent project. Distri relies entirely on simplicity and performance – anyone looking for a revamped Windows replacement is entirely wrong here. With Arch, you can build an excellent system according to your own needs, which is why it is also trendy for handicraft projects. It is a minimalist system that, like Tumbleweed, relies on rolling releases, i.e., continuously updated instead of published.

Which should it be now?

Linux newcomers and those switching to Windows are initially best off with Mint, Ubuntu and OpenSUSE – in precisely this order’s opinion of the author of these lines. The choice of a desktop environment is undoubtedly more important – and that makes it highly subjective.

Mint Cinnamon perhaps brings the best, most modern user experience here; Mint Mate is more conventional and a bit more fixed; If you prefer Windows 7 to Windows 10, you will soon be happy with Mate. Suppose you want a system that is as stable as possible, who doesn’t constantly install/try out new software and get by with standard tools such as Office, browser, image processing and so on. In that case, you can confidently set up a Debian – but maybe not as your first Linux at all.

Several other systems are large and exciting enough to look at, such as Slackware (as close to Unix as possible) or Fedora (as up-to-date as possible) as general distributions. There are also several special distributions for specific purposes, such as Ubuntu Studio for multimedia tasks, Kali Linux for security specialists and hackers, Raspbian for the Raspberry Pi or even Tor-ramdisk for operating a TOR server in the main memory.

And if you want to learn Linux the hardcore way, there is only one right solution: LFS. Linux From Scratch is a “distribution” that only exists as a manual! With the instructions, you can build your own Linux system from Scratch, exclusively from freely available source code.