Lubuntu vs Xubuntu – Which One Is Better? 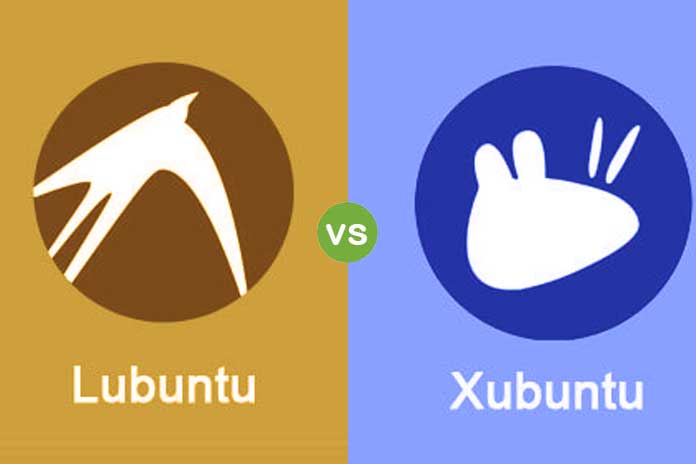 If you are looking for a slim Linux system, you will quickly end up at Lubuntu and Xubuntu. But how do the two Ubuntu descendants differ?

If you are looking for a slim Linux system, you will quickly end up at Lubuntu and Xubuntu. But how do the two Ubuntu descendants differ?

With the names Lubuntu and Xubuntu, it quickly becomes apparent that both distributions are variants of the popular Ubuntu. Ubuntu wants to be a kind of Windows replacement: simple, modern look with gimmicks such as window effects, loads of preinstalled tools, its software centre, convenient administration and, in general, a beginner-friendly system for everyone. And with that, Ubuntu has one of the biggest Windows problems of all: loss of performance.

Ubuntu requires many resources for Linux and is therefore not suitable for old computers or weak hardware like the Raspberry Pi. But many users want to forego the Ubuntu gimmicks and other Ubuntu aspects such as built-in advertising.

And that’s where Lubuntu and Xubuntu come into play: Both use Ubuntu as a basis, but rely on other desktop environments that are more careful with resources. Ubuntu uses the desktop environment Gnome, Lubuntu LXQt (formerly LXDE) and Xubuntu Xfce by default. Another thing in common: Lubuntu and Xubuntu started as pure community projects, are still maintained by the community, but both have long had the status of official Ubuntu variants. So you get the solid base of Ubuntu, minus the “inconveniences” of the usual Gnome Ubuntu, i.e. integrated advertising, sole management by Canonical and, above all, the resource-consuming gadgets, packages and effects.

Up to the last version, Lubuntu relied on the desktop environment LXDE, now LXQt, an implementation of LXDE based on the development environment Qt, is running. Anyone who knows Lubuntu from the past should take another look: LXDE has the optical charm of Windows 98 – black on grey, angular corners, no transparencies, a somewhat loveless icon set.

A great working environment for old-school friends but ultimately too conservative to win the favour of normal end-users. With LXQt, the desktop looks much more polished, there are pretty backgrounds, and the icons fit wonderfully into the overall concept.

This is matched by the shallow hardware requirements: 512 megabytes of RAM, Pentium 4 processor, graphics card and 4 gigabytes of hard disk space. Working is not fun in every situation, but such old hardware should rarely be in any drawer. Even on single-board computers like the Raspberry Pi, Lubuntu runs smoothly and on an old laptop anyway, even if it’s already a decade under its belt.

The operating concept is very classic; by default, there is a regular start menu at the bottom left of the equally well-known taskbar. And of course, typing can also be used, as is also known from more complex systems. The equipment maybe a little less than Ubuntu, but everything you need is preinstalled, including Office tools and a complex control panel.

There aren’t too many surprises on the tool side: Firefox, for example, runs as a browser, but Trojita as a mail client, not Thunderbird. The LibreOffice suite is installed in the office area, VLC takes care of the videos, PCManFM the file management, tools such as screenshot and image viewer, are of course not missing either.

It is essential to mention: Discover now has its slim software centre – of course, without the advertising familiar from the Ubuntu Software Center; With Muon, classic graphic package management is also available. And the energy management system that was missing for a long time or was borrowed from Xfce is now standard.

Xubuntu relies on the desktop Xfce, and this combination has long been traded as the number 1 slim alternative to Ubuntu. In contrast to the LXDE Lubuntu, you could search in the start menu; there has always been power management, a more complex file manager and a much nicer, more modern look.

However, Xubuntu is repeatedly criticized for resources, as all kinds of Ubuntu packages are used, which sometimes makes the system appear hardly any leaner than Ubuntu itself. For example, Ubuntu’s somewhat sluggish Gnome software. However, the Xfce desktop is still much more responsive than Ubuntu’s Gnome. Xubuntu’s minimum hardware requirements are officially precisely the values ​​of Lubuntu.

The operating concept also corresponds to Lubuntu, i.e. the taskbar and classic start menu. Although Xubuntu has a slightly different structure, it offers the same user experience. The same goes for system administration, personalization and standard software – small differences, but conceptually pretty much the same. For example, when it comes to power above management, Xubuntu is still ahead because there are more options. In the graphics area, you will also find the image processing Gimp, which is very useful on the one hand but not necessarily typical for a lightweight Linux on the other.

Visually, Xubuntu is still a little more elaborate than Lubuntu, which is particularly noticeable in the icons. And elements such as the taskbar or context menus are more complex here and usually offer a few more options. The huge difference that was obvious in LXDE times no longer exists.

Which one is better?

The two systems are so similar that it should be primarily a matter of taste. Ultimately, the two systems apply what has always been true: Lubuntu is the slimmer, more fixed variant, and Xubuntu is the somewhat polished, average consumer, a little more appealing variant.

If there is enough power, you might prefer Xubuntu – with one, but: if enough power is available, you can choose from hundreds of Linux distributions or dozen Ubuntu derivatives and desktop environments. Therefore, Xubuntu just doesn’t come to mind as often as Lubuntu.

A personal recommendation: Lubuntu. Since switching to LXQt, Lubuntu not only looks great, it also has all the essential tools onboard – and uses fewer resources in the background. And that can always be useful; after all, some tasks push pretty much every computer to its performance limits, from video editing to extensive surfing with dozens of tabs in multiple browser instances. Every little resource counts. And the real eye candy is neither Lubuntu nor Xubuntu.

Of course: Both systems can, of course, be adapted in almost any way. Lubuntu can be puffed up optically, Xubuntu can be made slimmer. Hence the tip: Try out both systems via a live CD or a virtual machine and decide on your gut.