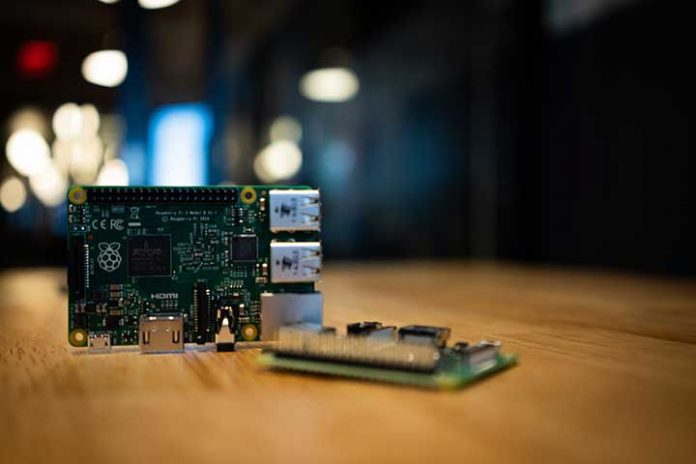 It’s not just the Raspberry Pi that delivers power and fun to do at a low price. We present five attractive Raspi alternatives.

The Raspberry Pi continues to enjoy enormous popularity years after its premiere. No wonder, as the affordable mini-PC is suitable as a Linux computer and for learning programming languages and countless projects such as an inexpensive media centre PC, a NAS solution, or a self-hosted cloud.

But enthusiasts in particular sometimes wish that the Raspi could do a little more. The Raspberry Pi Foundation has set itself to keep the costs for the Pi at a consistently low level. As a result, the Raspberry Pi hardware can become a bottleneck for demanding projects. For example, the built-in memory with one gigabyte of RAM is too tight for desktop use with Linux or even Windows 10.

The so-called “single board computers” (SBC) market, i.e. single-board computers like the Raspi, has exploded in recent years. Names like Orange PI, Banana Pi or Odroid advertise better performance and more functions. At least, in theory, this is also true: Many Raspi opponents offer better components or more connections, for example, for SATA hard drives.

However, the hardware superiority is often offset by a more complicated software experience. While there are countless ready-to-use operating system solutions for the Raspi, along with a correspondingly large amount of community support, the more exotic alternatives usually require more effort and training. The selection of available operating systems is usually not that extensive either.

A good desktop Linux is available for all the Pi alternatives presented. General Linux solutions such as Ubuntu or Arch Linux run on almost all Pi alternatives – and often even better than on the “original”. Also, special projects like thatThe Batocera emulator system is increasingly being adapted for other SBCs. Nevertheless: If you want it easy, there is still no way around the Pi.

The Rock Pi 4 provides a pretty fresh alternative to the Raspberry Pi 4. The SBC justifies the comparatively high price of around 100 euros with modern components: The built-in Rockchip processor RK3399, with its six cores, delivers significantly more raw power than the Pi, as well as relies on modern 64-bit architecture.

The Rock Pi is also available in model variants with up to 4 gigabytes of RAM, enabling more demanding applications. The Rock Pi 4 also outperforms the current Pi competition in other ways. For example, it offers the option of expanding the memory with a microSD card and an eMMC module or even an M.2 SSD.

The first version of the Asus Tinkerboard caused a sensation in 2017: the trip by the component specialists to Raspi was a surprise for many. The Tinkerboard offered significantly more powerful hardware than the Raspberry Pi competition at the time but could not fully convince itself of the software support. In the meantime, the OS situation improved, ASUS has also added a more potent variant of the SBC with the Tinkerboard S.

Driven by the QuadCore SoC Rockchip RK3288 and a Mali T760 GPU, the Tinkerboard S offers more performance than the current Raspis. In addition, the ASUS SBC comes with 16 gigabytes of eMMC memory on which the operating system can be installed. It also offers WLAN, Bluetooth 4.0, four USB ports (unfortunately only with USB 2.0) and, like the Raspi, 40 GPIO pins. TheTinkerboard-Forum now offers a large selection of software projects, including Android-based distris for the ASUS SBC.

Various Chinese companies have been supplying exciting alternatives to the Raspberry Pi under Banana Pi’s name for several years. The Banana Pi M3, released in 2016, comes from Sinovoip and is still an exciting Pi alternative. Its Allwinner A83T processor delivers eight cores that clock at up to 2 gigahertz. It is flanked by 2 GB of RAM and 8 gigabytes of internal memory for operating systems. On paper, the Banana Pi delivers significantly more power than the original.

In practice, however, the M3 tends not to bring its performance to the floor because the CPU cores throttle quickly under load – but the Banana Pi’s performance is still ahead of the Raspi. In addition, the software support is not relatively as abundant compared to the Raspberry Pi. However, if you are interested in the Sinovoip computer, you will find some well-functioning distributions in the Banana Pi Wiki, including Ubuntu and Android.

Hardkernel has also been in business for a long time with its Odroid series. Contrary to what the name suggests, the Odroid SBCs work with the Android operating system and offer good Linux support. The Odroid N2 is the youngest and so far most vital entry in the Odroid portfolio. It comes with a 6-core Amlogic processor with either 2 or 4 gigabytes available.

Compared to the Raspberry Pi, the Odroid N2 is a bit larger and comes with a passive cooler ex. Like practically all more expensive alternatives, it is possible to control the four USB 3.0 ports and the Gigabit Ethernet port with total bandwidth. Especially for network projects, such as the operation of a NAS solution, the Odroid N2 is potentially more suitable than the current Raspberry Pi models. On the software side, stable versions are already available at the start of the Odroid N2Ubuntu 18.04 and Android 9 “Pie”, but different OS versions shouldn’t be too long in coming.

It doesn’t always have to be ARM! While most Pi alternatives rely on the ARM architecture, the Atomic Pi offers an x86 processor, more precisely an Intel Atom x5-Z8350. It’s no more extended brand new but ensures that Windows runs on the Atomic Pi in addition to Linux. Especially in desktop use, Atom is much faster than comparable SBCs in many applications.

An Ubuntu derivative is already preinstalled on the 16-gigabyte internal memory; other operating systems can be loaded from an SD card or via USB if desired. However, you have to do without an m2 SSD connection. Otherwise, the Atomic Pi offers two gigabytes of RAM, Bluetooth 4.0, AC WLAN and two USB-3 and USB-2 ports. Digital Loggers offers the Atomic Pi in direct sales. With 34 US dollars for the primary board, it is on a similar price level as the Raspberry Pi and should represent an exciting alternative.