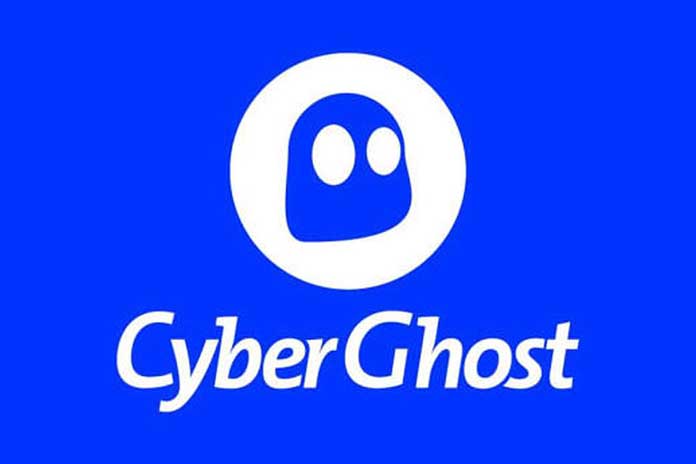 Unfortunately, the Internet is far from being a place to leave your data openly. Hackers, advertisers, and even authorities and governments in other countries are exhausting all possibilities to find out more about you via online tracking. For this reason, security experts have been recommending using VPN connections for years to secure your online connections and thus protect private information.

VPN is the abbreviation for Virtual Private Network. What does that mean? How does a VPN work? A VPN creates a private connection between your smartphone or laptop and an address on the Internet, whereby your IP address is hidden, and your data is transmitted through an encrypted tunnel.

This means that your data cannot be intercepted and read. Your internet service provider cannot track your network activity. This creates an additional layer that protects your digital identity within the network. VPN has a few other advantages, too.

CyberGhost – VPN For All Needs

CyberGhost is a VPN provider that aims to offer a secure, cross-border, and 100% private online experience. The support of all essential platforms and several awards for outstanding achievements make CyberGhost one of the leading software providers in digital security on the Internet.

CyberGhost operates more than 7,300 servers worldwide. When using CyberGhost with your iPhone 12 or Samsung Galaxy S21, for example, your location is hidden employing these servers, wherever you are in the world. Thanks to the 1-click connection, it is as easy as possible to surf the Internet anonymously.

Your one tip: You can find out how to set up a VPN on your iPhone in the linked article. For Android users, there is a guide to VPN under Android in the linked post.

CyberGhost VPN – Who Developed The Service?

CyberGhost VPN is Made in Germany. CyberGhost’s origins are in Germany. The service for the practical VPN connection has managed to overtake all of its competitors within the last few years. The Mobile Concept GmbH company already had high-quality technology and data protection standards a few years ago. It is one of the top VPN providers on the market. CyberGhost has recently been integrated into technology giant Kape Technologies PLC, a company listed on the London Stock Exchange focusing on cyber and online security.

Kape Technologies PLC launched a significant investment offensive in CyberGhost’s infrastructure in 2019. As a result, the software has been revised regarding user-friendliness and technological requirements, and the service standard has been raised again. In addition, the company has adjusted the price. The software service has become cheaper. The result is robust VPN software at an unbeatable price.

Unlike other VPN service providers, CyberGhost has its support section only for Germany. All instructions, problem solutions, and FAQs about CyberGhost can be found therein German. However, there is no direct telephone support. The background is that with a subscription price of only a few EUR per month, such extensive support is not financially possible for the VPN service’s low cost. No VPN provider can afford to hire a trained support employee. Especially when you consider the average time required in this context, the support employee deals with the PC problems of the individual users for an average of half an hour.

Nevertheless, CyberGhost does not have to do without support completely. Instead of telephone support, real-time chat in German is available. A big plus that only a few VPN providers offer. In addition, CyberGhost has a ticket system through which you can write personal messages to support. Experience has shown that you will receive an answer within an hour, which is a top rate.

At an outstanding price-performance ratio in comparison, CyberGhost is a robust data protection tool that guarantees you security and anonymity with its VPN software on the Internet. The CyberGhost VPN connection enables the user

Most German internet users want more security and anonymity on the Internet. We’ll introduce you to the most significant players alongside CyberGhost in brief portraits.

NordVPN is the good-and-cheap option. The service offers solid speed, high data protection standards, and fast access to Netflix and Co. It is frequently compared with ExpressVPN and there are lots of detailed NordVPN vs ExpressVPN reviews on the net. While it is impossible to name the winner in this battle, we can assure you that both providers have much to offer to their users.

The Surfshark service enables the VPN connection of an unlimited number of devices. Particularly suitable for families and households with many different end devices such as cell phones, tablets, notebooks, etc.

Express VPN is a super-fast network. It is exceptionally reliable for mobile streaming and for maintaining privacy on the Internet.

Zen Mate is easy and intuitive to use. Suitable for many different clients for all standard devices, especially for mobile streaming.

This Is Why Online Data Protection Is So Important

You can read almost every day how widespread online surveillance is. Various companies, secret services, and other institutions try to create a profile of every Internet user. For this purpose, data is systematically collected. This data is not only in great demand in marketing to show you tailor-made advertisements. Authorities also monitor citizens and hackers for a variety of reasons.

Therefore, you must take precautions so that your data does not fall into the wrong hands. Various VPN software solutions encrypt your data, CyberGhost even at the military level with 256-bit AES encryption. In addition, there is a no-logs policy so that you can surf the Internet carefree and with protected privacy.

This protection is essential if you use public WiFi connections via a mobile hotspot. The networks in cafes, train stations, or airports are usually not configured securely and often not even password-protected. This makes it child’s play for hackers and other criminals to misuse personal data via open WiFi networks. With sufficient mobile data volume for data usage employing a substantial LTE tariff, you are protected from this.

If you often stream videos, for example, via Amazon Prime or Netflix, you have probably noticed that content differs from country to country; a service called geo-blocking makes this possible. Your streaming provider uses your location to determine which content is shown to you. This means that you can watch other films and series with the same subscription as a user in the neighboring country. With an encrypted IP address, your location can no longer be determined, and the content expands.

It is similar to staying abroad, for example, on vacation in the EU. Video content that you regularly watch at home in Germany may not be provided here for licensing reasons. But thanks to worldwide coverage, a VPN service ensures that you no longer have to be homesick when traveling and that you can also watch domestic films and series.

Conclusion – Data Protection Is Significant To CyberGhost And Your Phone

Made in Germany is one of the highest quality standards in the world and a feature of CyberGhost. The company has achieved the highest demands on user feedback, price, and quality. While many providers from Eastern Europe or Asia are not trustworthy, German VPN providers, in particular, have proven that they best understand users’ needs for data protection, technical reliability, and anonymity.

Germany is the world champion when it comes to data protection. Hardly any other country has such demands on the protection of its data. Last but not least, the European General Data Protection Regulation (GDPR) was heavily influenced by Germany. The largest hacker club globally, the “Chaos Computer Club,” also comes from Germany and is responsible for your privacy.

This also applies to the mobile communications brand on your phone. Because guaranteeing the highest level of data security is part of our corporate philosophy. With our high-performance LTE tariffs, we also ensure that you always have a mobile Internet and not get embarrassed about using an open WLAN.

Also Read: The Reasons Why You Should Use A VPN On Your iPhone or iPad