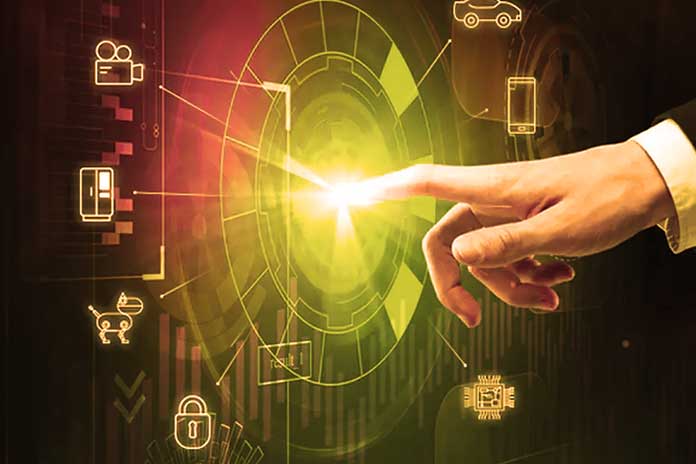 Chip manufacturer Microchip works with providers of machine learning (ML) software. The aim is to simplify the development of edge AI products based on 32-bit microcontrollers.

Cartesian, Edge Impulse and Motion Gestures integrate their machine learning ( ML ) models into Microchip’s “MPLAB X” development environment. Developers should be able to access the ML models directly from the IDE and integrate and test them in their circuits.

For developers of embedded inference applications to reach their goals faster, the US semiconductor manufacturer Microchip has agreed to cooperate with the companies Cartesian, Edge Impulse and Motion Gestures: Microchip has integrated a programming interface into its integrated development environment (IDE) “MPLAB X “is built-in, which the providers can use to dock their specialised DSP and ML algorithms and libraries. This allows developers of Edge AI products to use Microchip 32-bit ARM Cortex-based MCUs and MPUs to access them during the design process directly.

This makes it possible to “support developers in all phases of their AI/ML projects, including data collection, model training and inference implementation,” said Fanie Duvenhage, vice president of Microchip’s Human Machine Interface and Touch Function Group. Their own MCUs and MPUs are increasingly used in intelligent edge applications, according to their information. It is better if “these ML designs are easy to implement for every embedded systems developer”. Integrating partner solutions into your IDE also simplifies testing with Microchip’s ML evaluation kits, such as the EV18H79A or EV45Y33A.

Founded in 2016 by former IBM AI experts, Cartesian specialises in AI development tools for MCUs. Embedded developers can use the patented NanoEdge AI Studio development environment to quickly develop specialised libraries for machine learning of microcontrollers without any previous knowledge of artificial intelligence. The company’s technology is already in use in many devices worldwide.

According to the same name company, “Edge Impulse” is an end-to-end developer platform for embedded machine learning. Products based on it could be used in industrial and consumer markets, such as wearables. The platform is free for developers. Integrated dataset collections, DSP and ML algorithms, tests and highly efficient inference code generation are suitable for a wide range of sensor, audio and image processing applications.

Motion Gestures, a company founded in 2017, specialises in embedded, AI-based gesture recognition software for various sensors – such as touch, motion (i.e. IMU) and vision. The main focus is on inertial measurement units (IMU), i.e. a spatial combination of several inertial sensors such as acceleration and yaw rate sensors, such as those used in inertial navigation systems to determine the current driving dynamics state of a vehicle.

According to Motion Gesture, unlike traditional solutions, its proprietary platform requires no data collection or programming training. This is said to reduce development time and costs for gesture software by 10. At the same time, the manufacturer promises a gesture recognition accuracy of almost 100 per cent.