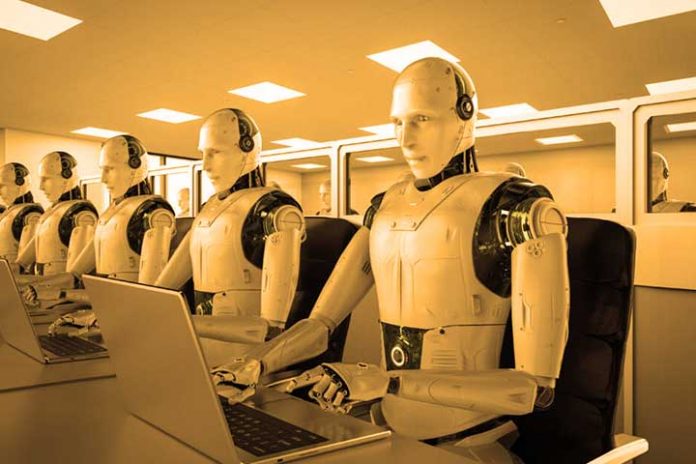 One reason is that automotive experts cannot maintain the vehicle industry’s employment level: increasing productivity. Never before have so many people been employed as in the previous year: around 41 million. But more employees do not necessarily mean more employment. The overall economic volume of work, measured in hours, has fallen for years. In 1991 a good 60 billion hours were worked, in 2011 it was only just under 58 billion.

In the same period, the gross domestic product, i.e., the value of all goods and services manufactured, according to the Institute for Employment Research (IAB), increased by around 27%.

Thanks To Automation: Produce More With Less Workforce

Producing more with less human labour – behind this is an enormous increase in productivity through automation and rationalisation. This can be demonstrated in vehicle construction. According to the Centre Automotive Research (CAR) at the University of Duisburg-Essen, vehicle production rose from 5.5 million to 6.3 million units between 2000 and 2011. At the same time, the number of employees fell from 765,000 to 719,000. Labour productivity per employee has increased from 7.2 vehicles in 2000 to 8.8 cars in 2011.

“With this data, we can answer the question of how automation has affected.” If productivity had remained the same at 7.2 vehicles per employee during this period, 875 556 instead of 719,000 employees would have been required to build the higher number of 6.3 million cars. Automation, therefore, meant that 156,000 workers were not needed.

If the number of 5.5 million vehicles had remained the same since 2000, then with today’s productivity, only 630,382 people would work for the automobile manufacturers instead of 719,000, Dudenhöffer continues to calculate. “Automation also has a positive effect on employment. This makes companies more competitive and can also export more. ”

In the future, the production figures would only increase marginally, predicts the automobile economist. “New car plants are no longer being built , but in Eastern Europe and Asia.” At the same time, productivity continues to increase through automation. “Let us assume that 6.4 million vehicles will be produced in 2020 and that labour productivity will then be ten vehicles per employee due to increasing automation: Then only 640,000 people would be employed in the automotive industry.”

The effect that with a high level of automation, thanks to increasing exports, employment falls only insignificantly then no longer applies. As a result, jobs in the automotive industry would be lost in the next ten years.

“Technical progress is a curse and a blessing at the same time. It destroys jobs and creates new ones,”. The decisive question is how the net balance turns out.

Whether technology costs or creates jobs depends on whether the savings effect is greater than the demand effect. “Demand will be small when the market for the good in question is largely saturated,”. Even with price cuts, it will then hardly increase. This applies particularly to common goods such as refrigerators and irons. “With goods that have been in use for a long time and with high market saturation, process innovations through technical progress will almost certainly result in job losses.”

This is not the case with new products, which are still so expensive when launched on the market that only a few can afford them – as was the case with laptops, which have become mass products thanks to technical advances in production. “In the case of new goods, the demand effect predominates. In the case of old goods, the savings effect.”

Therefore, economists Delft advocate focusing on innovations. Industrial policy is also part of the innovation strategy. But he sees the danger that public money could be backed by the wrong horse and lobby groups “take the state under control.” The result: outsiders with good ideas fall by the wayside.

However, it is illusory to want to generate growth to reduce unemployment. Politics can only influence development to a limited extent. “If you are afraid of unemployment, you have to cut working hours.” The annual increase in productivity could be used for this.

Also Read: Process Automation: Its Importance And Its Necessary Tools